In recent years, product placement (or brand integration) and merchandising have become a lucrative source of income for film producers around the world.

Product placements are generally sought after as a source of funds for producing films, while merchandising is explored after the relative success of a film, as a means to extend the economic life of the film.  In this write up, we discuss these two options and how Nigerian film producers can use either or both options to their advantage.

While advertisement is a means of communication with the users of a product or service, Product placement is a form of advertisement in which branded goods and services are featured in a video production. Looking at the scenarios below should give a practical view of which is which.

It’s happy hour. Workers head to the bar for light drinks before hitting the road. The suave man in a blue suit walks up to the bartender and asks for his “usual”. The “mixologist” rustles something up and discreetly places a bottle labelled “Campari” back on the shelf.  The label is facing the camera of course. The camera pans out as the man takes some sips.

“Barman!!! Give me that drink you talked about last week” a man sitting at the bar calls out joyously.

“Which one? The one with hints of citrus and cinnamon swirls guaranteed to delight your taste buds?”  the bartender responds just as enthusiastically as he indicates the bottle he’s holding with the label conspicuously shown.

“Yes! that one” the client responds, “what’s the name again, Kampala?”

“No, it’s Campari” the bartender elucidates clearly “the best there is” he mentions as he hands the customer a glass

The client takes a gulp and lets out a satisfying “Ahhh!”

From the above it is clear that the latter is an advertisement while the former is a product placement. An advertisement does not belong in a film as it distracts the viewer from the subject matter and ruins the overall effect on the film. Adverts actually require scripts and are mini productions in a manner. While it is understandable that funding is necessary for the film’s production, wrong portrayal or detraction of the aim of the movie through obvious, pushy, aggressive advertising will not ensure the film’s success.

Product placement is a subtle and discreet way of promoting a brand without disrupting the flow of a film. It involves strategic placement of the choice brands. The plot or script need not be altered for this form of advert e.g. driving a Toyota car, going on a date to a named restaurant or a breakfast scene where relevant lines are acted out.

You may wonder how many products can be placed in one movie? The number is endless as seen in the movie “Man of Steel” which had over 100 brands as promotional partners. One may assume that brands who pay to have their products placed may require a restriction from the film having similar deal with similar brands via a “no competition” clause. E.g. a movie where only one type of car is conspicuously used.  This is not necessarily the case, in “Spectre” a James Bond film featured over 5 brands of cars (Aston Martin, Range Rover, Jaguar, Mercedes, land rover etc). Other brands in different classes that were advertised in the Bond movie include Omega, Belvedere vodka, Bollinger, Heineken, Tom Ford etc. The decision of exclusivity, which can be hard to execute, is based on parties’ agreement. The producer calls the shots and may do so based on financial necessity. Statistics and data reveal whopping sums paid by companies to have their products placed. Heineken paid about $45m to place its product in the Bond movie “Skyfall”. It is possible for income made from product placement to carry the total cost of producing a movie; for instance, “Man of Steel” which cost about $225m had already earned $170m before its theatre release.  In 2014 about $10.6bn was spent globally on product placement according to PQ Media, a market research company.

While funding can be sought by pitching at companies and brand owners, which at the very least will gain you free props for your movie if not the requested funds (i.e. free bottles of water, use of a car throughout the movie, clothes, lodging at a resort etc) brands can approach producers to have their products placed. This is usually seen in sequels or instances where the production company is trusted to always deliver crowd pulling movies. One should also bear in mind that product placement is a cheaper form of advertising for companies hence it is an opportunity that should be met with enthusiasm. The benefit of product placements to brands is quite clear: in the 1995 Bond Film “Goldeneye” BMW reportedly spent $3 million integrating its Z3 model into the movie and saw a $240 million increase in sales of the model as a direct result.

Looking at the legal aspects of product placement is always important.  It is an agreement that must be entered into with a clear head to avoid unbeneficial relationships and prevent the fettering of one’s decision making process. The producer is advised to have a written contract which stipulates the terms and extent of the promotional. The littlest details such as the number of seconds of screen play, context of display, frequency of display and of course the fee should be stipulated. This way the film makers can focus on other important things such as making the film!

Presence of a product in a film without clearance or permit from the brand right holders has a multi-faceted effect.  Such situations can be incidental or inadvertent. For example, driving a Toyota car, the most popular thus easiest car to obtain in Nigeria, in a scene. The Toyota brand can actually sue for “passing off” on grounds that the film maker has misrepresented to the public the existence of a relationship with the brand, that the use of the brand in said manner was authorised or/and the brand is endorsing the film. This in actuality is a false endorsement. The aim of an action of passing off is a protection of the claimant’s reputation and goodwill from damage or dilution arising from a false claim or suggestion of endorsement of a third party’s goods or business. In Hollywood, such lawsuits do not always favour the brands. UK Courts have held that to proceed against false endorsement, a claimant will need to show that at the time of the acts complained of there is a significant reputation or goodwill; and that the defendant’s action gave rise to a false message that would be understood by a significant section of their market that the defendants goods (which is the movie) had been endorsed, recommended or were approved of by the claimant. Film insurers in Hollywood require evidence of clearance and permits as it cuts down the likelihood of a company taking legal action against them, which the insurer would have to help pay to defend.

Where the brand is not portrayed in a negative light, an action for libel or slander cannot be sustained.

In some Nollywood movies, beverages are stripped of their labels and what not, to ensure there is no inadvertent promotion of a brand because, why advertise for free? It could also mean that the brand doesn’t want it assumed that they are endorsing the film.

And just like our Nigerian movies, it’s time for Part Two of this article – Merchandising.

Merchandising means the activity of selling products that are related to something (such as a television show, movie, or sports team etc) to make money. This is common to many Hollywood film and series. The focus is usually placed on the characters of a film. For instance, Superman or Harry Potter merchandise.  Capital may be required where the production company has to go into merchandise production or pay for the production itself.

There is also a lot of reliance on a character’s popularity or that of a film. Not every movie or TV Series has memorable characters. A good example of a merchandisable film series is the Papa Ajasco show.  It is easy to imagine “Boy Alinco” glasses and “Ajasco” caps trademarked (people may buy it but wearing it may be a different conversation ?). How about having dolls based on Tinsel’s characters? The opportunities really are endless.  Skinny Girl in Transit could have a plus size gym clothing line and what not.

Merchandising is preferable for serialised productions and not one-offs because the value and bankability of the film would have been tested through the success of its previous shows. Also, the “hype” in a one-off film is not long term and cannot sustain merchandising.

Merchandising may be an expensive option as it does not help the producer raise money to produce the film. Despite this, production companies or rightsholders of a film can enter into licensing agreements with interested companies granting them the right to produce and distribute such merchandise in exchange for a film or an agreement to split the generated net profits.  Any company or person who without authorisation makes merchandise based on a cinematograph film, whether derived from characters from the film, artwork or film name, for example notebooks or schoolbags depicting film characters or toys, infringes the copyright in the film and also the actor’s performer rights.

In a merchandising agreement, which is a licensing agreement it is necessary that the rights and obligations are stated clearly, to ensure there are no ambiguities as to what extent the licensee (manufacture, producer of the merchandise) can exploit the film, that is, the scope of the license should be carefully defined. The agreement should specify the exact type(s) of merchandise the licensee can make and sell. The licensee can be restricted to selling in a specific area as well and the duration of the license can be limited to a time period. Most importantly the consideration for the license should be conspicuously stated, whether a percentage of profits, an initial bulk payment with subsequent payments or an upfront licensing fee etc.  The options are endless.

We are all aware of the benefits, economic and otherwise of telling our own stories, having our Nollywood. There is a lot more that can be done to increase the revenue the industry generates, which will be to our advantage as individuals, as a country and as a continent. 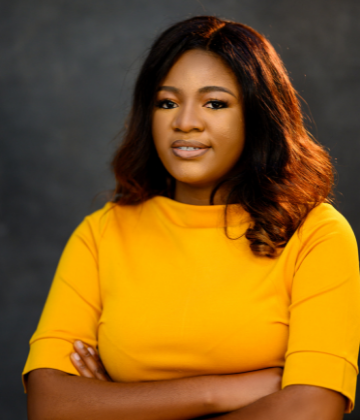 Nander is a result-oriented Associate of the Firm, with experience in Dispute Resolution, Data Audit, Corporate Commercial as well as Regulatory and Compliance.